Vic Toney back in action tonight in Kentucky 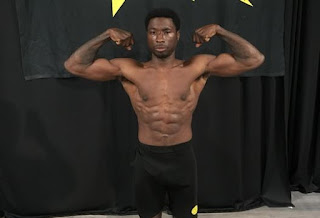 Vic Toney will be back in action tonight for the first time since earning a draw against undefeated Will Clemons in February of 2020 in Las Vegas.

Now training at the Youngstown-Salem Boxing Club with Rocky Defrank the 33-year-old Toney will take on the gritty Joel Guevara (4-6) in super welterweight action at the Boyd County Community Center in Catlettsburg.

Toney, who currently sports a record of 5-1-1 has only had two fights since 2016 including his lone defeat to one of the top super welterweight prospects in undefeated Sebastian Fundora in September of 2017.

Guevara will be fighting for the first time in roughly two years after having a busy 2019 which saw him step between the ropes three times.

Posted by Youngstown Boxing at 7:00 AM