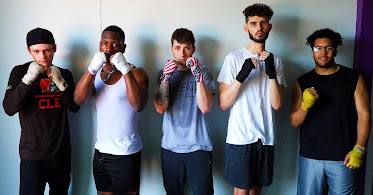 Roughly a year ago Rocky DeFrank and his wife, Alecia took over the Salem Boxing Club and moved it to its current location on the third floor of a building that sits near the Youngstown-Boardman border on Market Street.

Now that same gym is buzzing with activity in the evenings and ready to send a team into action this afternoon in Charleston, WV on a show being put on by the Elk River Boxing Club.

For all but one of these fighters, this will be the first time they lace up the gloves in an actual bout as the lone fighter with any match experience is 22-year-old Antonio DeFrank who will enter the ring for the first time in roughly 15-years.

"I've been around boxing my whole life," said the oldest of the two Defrank's.  "I have a better mindset now than when I was younger and know if I keep God first I'll be victorious".

DeFrank has a bigger purpose in getting back into the ring.

"This is more than just boxing for me, I'm excited to let God lead me and to bring the word of God to West Virginia".

Averette echoed DeFrank's words about putting God first as the 16-year-old Boardman wrestling standout found the gym through coach Rocky DeFrank's Beautiful Feet Ministry which is located within the same building as the gym.

"I'm more worried about the ministry than I am what happens in the ring," said Averette.  "Knowing the rough background I've come from I know I can speak to some and get through to many"

Like Averette, the 21-year old Calhoun found the gym through the ministry.

Calhoun who found his way to Youngstown by attending Youngstown State University after graduating from Cleveland's Luthern East High School knows what he wants to accomplish during the fight and after the fight.

"I'm going to knock him out, no disrespect but I come from nothing and he's standing in my way and even though I'm a Christian you can handle your business in the ring and love after".

Though the ministry of DeFrank has led some to the gym, others like Farina needed something to do after his football playing days with the Struthers Wildcats were over.

Farina, 18, knew he had to do something with his newfound time and desire for competition.

"I had to do something and I found boxing and fell in love with it after a month in the gym".

Farina knows that come fight time he might have some nerves but for the week leading up to the fight, he said he was calm and knows what he has to do inside the ropes.

"I need to stay focused and listen to my coaches.  I'm not nervous now but I also know I can't turn around and run now and I know you have to be willing to give it more in the ring than you get".

Like Farina, the 19-year-old Slater of Austintown Fitch has a hunger for competition with a background in football while also wrestling for the Falcons during high school.

"I want to compete," said Slater of entering the ring for the first time.  "I'm not going to worry about my opponent but instead worry about what I can do".

Then there is Armando DeFrank who at 6'3" still has some room to grow at only 15-years-old. 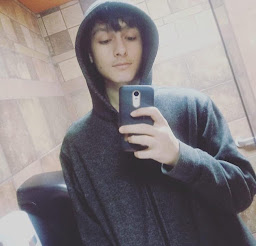 The story of the younger DeFrank is an inspirational one as two years ago he was pushing 220 pounds and worked to get down to a comfortable fight weight of 165 pounds.

Growing up in the gym watching his mom Alecia who was a top-ranked USA amateur, the sport is literally in his blood, and knows he has the physical tools to use to his advantage by utilizing his strong jab.

"When everything was shut down I trained personally with Zack Page for 8 months and then our family opened up the gym and I chose to stay home but I owe a lot of what I learned to Zack".

Win or lose this afternoon, this is about more than boxing for many of these fighters.

Posted by Youngstown Boxing at 8:10 AM