With the high school basketball tournament in full swing with area teams punching tickets to regionals and state, it was Youngstown's favorite past times turn to shine on Saturday night as Lights Out Management put on an entertaining 14-bout card in front of a standing room only crowd which included a handful of former world champions and other former Youngstown boxing greats at the Ukrainian Hall.

Of the fourteen fights, eleven of them involved fighters from area gyms including four from Southside Boxing Club who went 3-1 on the evening.

Getting the ball rolling for the area was Aseel Alsamameh, 17, of Southside Boxing Club who fought off weary legs in the second round to outwork his opponent, Matt Flannely of Pittsburgh over the course of three-round 135 lb. match to pick up the decision victory. 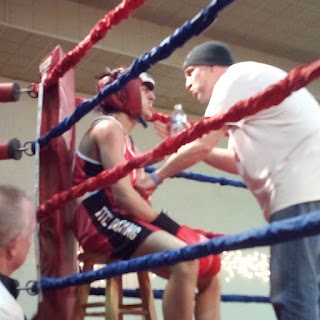 In one of the most impressive debuts one could ask for, 17-year-old Deven Tate of Southside Boxing Club wasted little time using his big 135 lb. frame and backing his opponent Harrison Griszz of Canton against the ropes and landing a barrage of punches forcing the referee to stop the contest in under a minute. 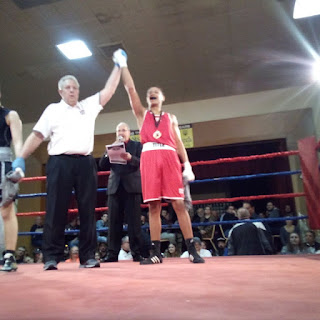 Tyrell Richards, 16, was the third victorious fighter out of Southside Boxing Club as he listened to his trainers, Vinny O'Neill and Jack Loew to eek out a gritty split decision victory over Guy Gonzalez of Ashtabula to improve his record to 8-1. 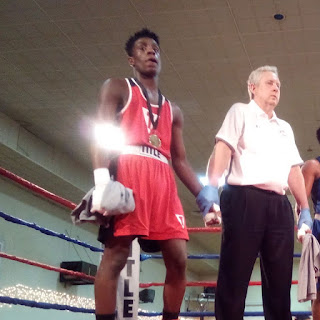 In what may of been the knockout of the night, 160 lb. Colton Schnieder of Salem Boxing Club made easy work of Nick Rezek to get the gritty fighters from Salem who train with Ron Jackson in the win column. 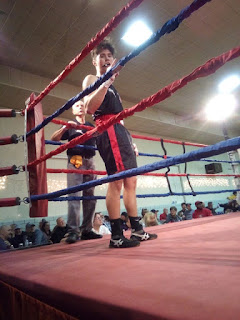 Cliff Gregory trained Niyuah Justice of Farrell, PA was impressive in his second round stoppage of Steven Chaplow of Salem Boxing Club. 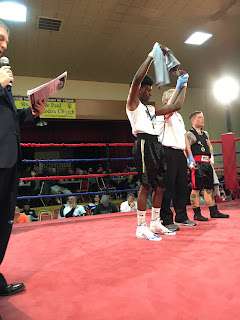 In an impressive match between to of the most skilled fighters to enter the ring, Luka Burnside of Struthers scored a well earned and hard fought decision over Rahmad King of Akron in an evenly matched fight between to rising talents. 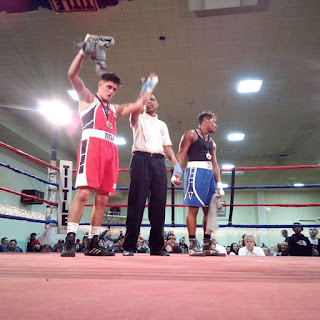 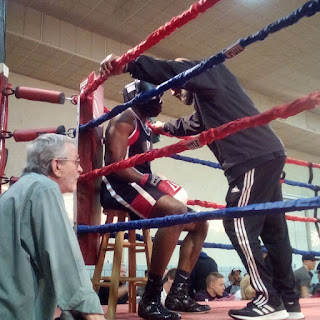 Henderson and Barrett traded hard punches over the course of three rounds in the very entertaining bout that closed the evening and left fans with a good taste in their mouth to wrap up an amazing night of boxing with fighters from all over Northeast Ohio and a team of fighters from Gallo Boxing Gym in Lansing, MI who did not disappoint in and out of the ring.