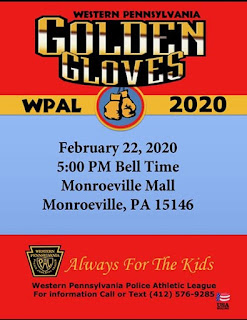 Tomorrow night the top amateur fighters in Western Pennsylvania will begin their pursuit of winning the National Golden Gloves Championship which will be held in Tulsa, OK during the first week of May.

Before fighters can reach the Panhandle State they must first start their trek tomorrow evening in Monroeville.

The Western Pennsylvania Golden Gloves schedule is as followed:

Posted by Youngstown Boxing at 5:21 AM