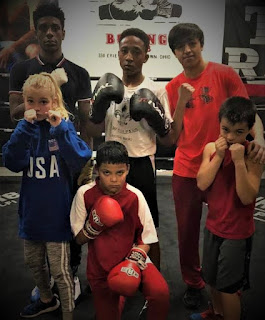 Jack Loew's Southside Boxing Club amateur team will have a busy weekend as six youth fighters are set to compete in the state Silver Gloves tournament this weekend in Cleveland in hopes to advancing to the regionals also being held in Cleveland in during the weekend of January 18th and 19th.

Representing Southside Boxing Club who train under the direction and watchful eye of Loew and Vinny O'Neill are the following:

Nationals for the Silver Gloves will be held in Independent, Missouri from January 29th to February 3rd.
Posted by Youngstown Boxing at 7:16 AM