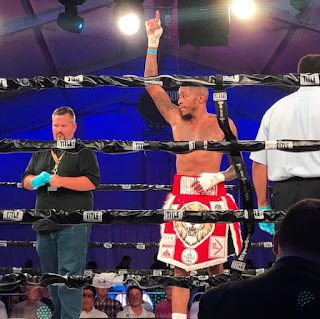 It was a busy weekend of boxing in the Youngstown area which kicked off Friday night with Alejandro Popo Salinas dropping a controversial decision in suburban Philadelphia.

Salinas was able to drop his hometown opponent Steven Ortiz to the canvas twice and still came up on the short end of a majority decision last night at the Parx Casino.

Ortiz (11-0, 3 KOs) was able to control the fight at times with his height, but Salinas caught the Philadelphia native Ortiz with a right in the second round to put the undefeated hometown fighter to the canvas and would drop him again in the third round.

The next night saw a handful of fighters from across the Mahoning Valley in action.

Bantamweight Anthony Taylor, in his first fight since relocating his training to Downtown Boxing Club, suffered a first-round TKO loss to 33-year-old Cincinnatti native Artimus Sartor at the Hits 55 in Convington, Kentucky.

While Taylor picked up a loss in Kentucky, a pair of local professionals and an amateur were doing battle in suburban Pittsburgh at the Meadows Casino and Racetrack in Washington, PA.

Ryizeemmion Ford improved his record to 3-0 as the Alliance based featherweight scored a unanimous decision and handed his opponent, David Angeles of California, his first defeat.

While Ford left no doubt in earning the victory, Lake Milton native Tyler Collins dropped what some considered a controversial decision to undefeated Pittsburgh native Richie Cantolina who improved his record to 5-0.

Collins who fought as a welterweight is now 0-2 in boxing and will more than likely be entering the cage sometime soon for some MMA action.

Youngstown amateur middleweight Drew Smith picked up his fourth victory in a row as the Burnside Boxing Club trained fighter picked up a decision victory over Ricky Carter of Pittsburgh on the Pro/AM card at The Meadows. 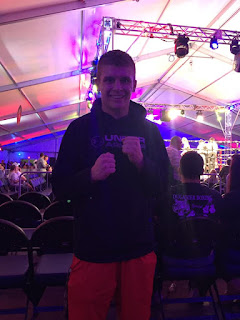 Posted by Youngstown Boxing at 4:49 PM