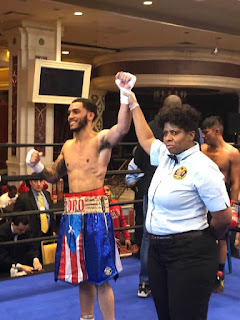 With five world champions having represented the city of Youngstown, fight fans in the Mahoning Valley have been itching for another fighter to put himself on the radar to enter the conversation to contend for a belt.

In recent years, many in the Youngstown boxing circles have considered the hard-hitting Jack Loew trained lightweight, Alejandro Popo Salinas as the areas best prospect.

Salinas, 24, will look to take a huge step forward in gaining national recognition when he travels to suburban Philadelphia later this week to take on undefeated Philadelphia native Steven Ortiz in an 8-round bout on Friday night at the Parx Casino in Bensalem, PA.

"Going against Steven Ortiz is an opportunity for me," said Salinas of his 10-0 opponent.  "Fighting him is an eye-opener and will show any big promotional company that I'm a class A fighter". 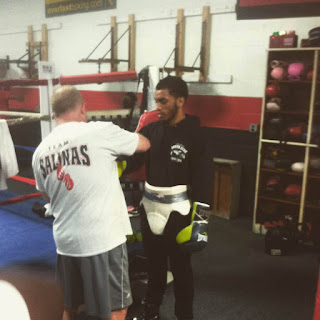 Fighting an undefeated fighter is one thing, but fighting him in his own backyard is another but it's a challenge that Salinas actually prefers.

Salinas (10-2, 9 KOs) has stated that he's picked up his training for this fight, his first since he defeated Pablo Capul by TKO in Atlantic City in March in his first bout since a tough loss to Sulaiman Segawa in the March of 2018.

"I've gotten the best sparring I could get from other great fighters from all around, my team and I are not taking this fight lightly," said Salinas of his camp.

One sparring partner, in particular, caught the eye of Salinas.

"I have to give props to Thomas Mattice from Cleveland.  We both have the same hunger and the same determination".

Now with camp over, Salinas is ready to put his talents on display and put his career back on track and stay busy.

"Every fight we accept and take is just another step closer to where I need to be especially winning over Ortiz on the 20th.  This win will force plenty of phone calls towards my direction and that we've been planning," said Salinas with excitement of his upcoming bout.  "Everyone attending this fight will see for themselves.  It's a fight that can't be missed.  There will be a new face of boxing and I'll make sure that face is Alejandro Popo Salinas".
Posted by Youngstown Boxing at 3:29 AM