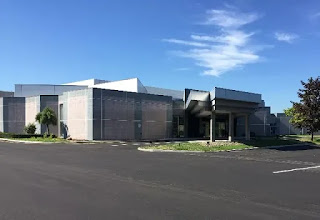 Tickets are now on sale for Jack Loew's Southside Boxing Club "Battle On Belmont" Pro-Am show on May 25th at the Metroplex in Liberty.

General admission tickets are on sale for only $25 with ringside seating on sale for $50 with tables of eight are also available for $400.

Those wishing to purchase tickets can do so by stopping by Southside Boxing Club between 4:30 PM and 7 PM Monday through Friday.

Boxing fans won't want to miss this event which will feature many of Youngstown's top pro fighters including fan favorite Vinny O'Neill who will be taking on the dangerous Mike Conway out of Pittsburgh.

Also slated for the pro half of the card is Youngstown's top prospect Alejandro Popo Salinas fighting for the first time in his hometown in over a year and the debut of 6'5" heavyweight, Rocky Nolfi.

The amateur portion of the card will feature former Youngstown middleweight world title challenger, Billy Lyell bringing a team of amateurs from his gym in Naples, Florida to compete.

Also headlining the amateur half of the card will be Jennifer Sharp, who will be moving from behind the scenes to make her amateur debut and Zion Hensley, a 9-year-old Western Reserve student who is also slated to make her debut.
Posted by Youngstown Boxing at 10:27 AM