Following a busy 2018 which saw him step between the ropes 6 times, Danny Rosenberger is ready to put the rollercoaster type year behind him and get 2019 started with a bang.

Rosenberger (4-6-3) will take on 37-year-old Suitland, MD native Lenwood Dozier (10-21-2) this upcoming Saturday night in a scheduled 4-round super welterweight contest at Mountaineer Casino, his second fight with Brian Needham of Combat Athlete Performance Academy on his team alongside trainers Tommy Cordell and Sam Calderon.

Needham, who owns the performance center located in Howland where Rosenberger spends about half his time working out at alongside Downtown Boxing Club in Youngstown puts the 28-year-old boxer through workouts aimed to maximize his stamina in the ring. 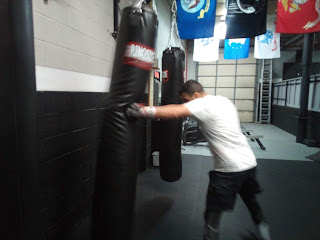 "We work on explosiveness, quick pace, and timing as far as how much time he has left in the round and how much energy his putting out and breathing and recovery", said Needham, a U.S. Marine combat veteran.  "Recovery is a big thing, we want him to recover as fast as possible between that round so Tommy can give him direction that he can actually listen to".

With Needham getting his fighter in the top condition of career, Cordell sees nothing but positives with Rosenberger's new training methods.

"This is exactly what he needed," Cordell said.  "He needed to get in better shape and Brian does his thing with him here and Sammy and I do our thing with him at our gym and we all work together as a team and it's working out great he's a lot stronger and his winds gotten a lot better". 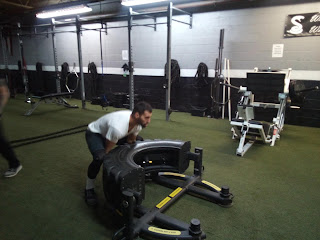 Cordell was quick to reiterate though that all this hard work Rosenberger has put into this camp will go for nothing if he fails to execute the game plane inside the ring.

"The fact of the matter is you can do all this stuff but if you don't let your hands go in fights like we talk about then all this work is for nothing".

While Cordell has noticed the improvement in his fighters conditioning and power, nobody feels the results more than Rosenberger himself.

"I feel great, best shape of my life I'm in right now," said Rosenberger with confidence.  "Tommy has me in shape with the mitts and combinations and Brian has me shape with my breathing and recovery".

While Rosenberger has himself in the best shape of his life, he like Cordell knows he needs to let his hands go this fight.

"I have to let my hands go and throw more than he does and land the smart shots and put on a show on for the crowd and show everybody what I'm capable of".

For those wishing to check out Combat Athlete Performance Academy, you can visit them at their website at www.combatathletepa.com/ or on Facebook at www.facebook.com/combatathletepa/.

Tickets for Saturday nights boxing card being put on by Made Men Promotions are available online by visiting www.mademenpromotions.com.

Posted by Youngstown Boxing at 12:07 PM