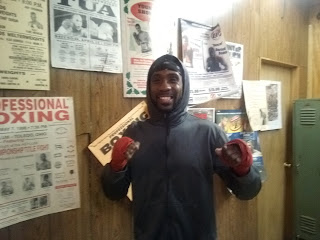 Youngstown native John Gregory has been a regular at Youngstown's Downtown Boxing Club lately despite not having fought since 2016.


Now it's time for Gregory to take those countless hours he's been putting in as the 33-year-old will climb between the ropes in Pittsburgh at the historic Priory Grand Hall this upcoming Saturday, March 2.


Gregory will carry a 2-1 record into the bout which he took on short notice.

Despite taking the 4-round junior middleweight regional showdown against 30-year-old Pittsburgh native Deon Goodlow (1-1) on two weeks notice, Gregory feels well prepared with the work he's been getting which included sparring with one of Cleveland's top prospects, Thomas Mattice.

"I've been traveling to Cleveland to get some sparring and getting some sparring here," said Gregory. "Everything's looking good defensively and the offense is looking powerful".

With his confidence in order, Gregory also feels good physically heading into the fight which will see him try to get back in the win column after suffering his lone career loss in July 2016 to Cleveland native Daywaun Roseberry by knockout.

"I got a couple pounds to get off but I'm really close and I'm really strong and I'm not weak right now losing the weight", stated Gregory.  "I should be able to showcase my talent and box like I'm supposed to box".