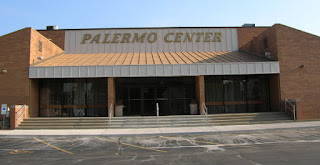 The Palermo Center in Campbell will be the place to be on Thanksgiving Eve as Jack Loew and his Southside Boxing Club will bring professional boxing to the Youngstown area for the first time since March.

Tickets for the event start at $25 for general admission while individual ringside seats are available for $50.

Tickets and tables can be purchased by stopping in at Southside Boxing Club between 4:30-7:00 PM on Monday through Friday.

Some of the bouts slated for action includes 30-year-old Youngstown native Vic Toney fighting in Youngstown for the first time since 2016 as the 5-1 middleweight takes on Fred Wilson of Cleveland (6-0-1) in a battle between two former National Golden Gloves Tournament competitors.

Also scheduled is the return of 39-year-old Vinny O'Neill as the crowd favorite welterweight will step into the ring for the first time since a heartbreaking loss back in April 2015 as he is slated to take on Latorie Woodberry from Roanoke, VA.

Check back with Youngtown Boxing News over the course of the next few weeks as we will keep everyone posted on the bouts as they are finalized.
Posted by Youngstown Boxing at 9:28 AM