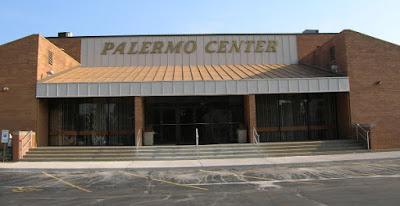 Local trainer/promoter Jack Loew will be putting on an all-professional boxing card on Thanksgiving Eve at the Palermo Center in Campbell featuring a handful of local fighters.

Headlining the show will be 38-year-old hard-hitting Darnell Boone who will be fighting in Youngstown for the first time since 2007.

Boone (24-24-4) is one of the most feared fighters around having gone toe-to-toe with former world champions Andre Ward, Jean Pascal, and Sergey Kovalev.

Also slated for action is local favorite Vinny O'Neill (3-2-1) who will be climbing back into the ring for the first time since 2015.

One fighter of interest making his debut is heavyweight Anthony Congemi of the Youngstown Police Department.

Also slated to appear in action are the Rodriguez brothers, Jose and David from Akron.

Ticket information will be made available soon at a later date.

Posted by Youngstown Boxing at 11:46 AM