Fight Week: Matt Conway Ready to Rumble at The Rivers 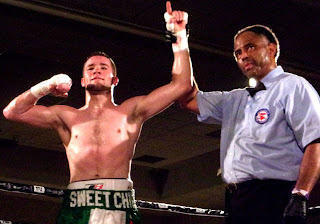 Pittsburgh is no stranger to championships as the Steelers have claimed six Super Bowl titles, the Penguins have hoisted the Stanley Cup five times, and the Pirates have won the World Series on five occasions.

Referred to by many as The City of Champions, the city has also had its fair share of world champion boxers including Michael Moorer who was a three-time world champion heavyweight in the 90's and Paul Spadafora who claimed the IBF lightweight title in 1999.

Pittsburgh native Matt Conway will look to take a huge step forward towards adding to the city's championship past this upcoming Friday night as he climbs into the ring against the very durable Arturo Santos Reyes (19-9) for the vacant IBA Intercontinental junior lightweight title at The Rivers Casino in Pittsburgh.

To the casual boxing fan, Reyes might not seem like much of a threat to Conway with nine losses on his resume, but the Mexican will provide the young 22-year-old whose record stands at a perfect 12-0 with his stiffest test to date.

Reyes, 32, has recently stepped into the ring and gone the distance against some of the best the sport of boxing has to offer including current WBA featherweight champion Abner Mares and one of the top-ranked super featherweights, Tevin Farmer.

Conway knows whats at stake as he is dropping a weight class for this fight but like most young fighters who are given such opportunity, he is excited about the chance to fight for a belt.

"Fighting for a title is something that is unexplainable to me," said Conway.  "It's what fighters work hard for and dream about".

Luckily for Conway, he won't be alone as he will have plenty of hometown fans in the expected packed house at the casino's outdoor amphitheater.

"The hometown crowd doesn't really add pressure for me", Conway said when asked if he feels added pressure when fighting in his own backyard. "If anything it just motivates me even more and gets me hyped".

The crowd won't be the only factor in helping inspire Conway as boxing has become a family bond between brothers from the training to fight night as his older brother Mike Conway will be taking on Latorie Woodberry in a lightweight contest.

"My brother and I couldn't get closer if we tried.  We lay asphalt on the same crew together so we push each other at work and in the gym, it's a non-stop grind and we love it," said Conway.  "We get more nervous for each other's fights than we do our own but we're always picking each other up and motivating each other along with our older brother Sean whose in the gym coaching us and making sure we're working hard".

Besides his brother, Conway will be sharing the spotlight with two undefeated rising stars out of
Cleveland in Thomas Mattice and Montana Love who are both slated to fight on the card. 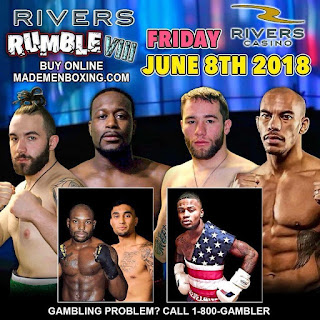 "I know those guys very well", said Conway of Mattice and Love. "They are extremely skilled so they'll be making lots of noise here, it's going to be a great show".

Also scheduled to fight is East Liverpool native Joey Holt (9-1) who will be looking to get back in the win column after suffering a controversial defeat to Aaron Quattrocchi, the first of his career, back in February.

Holt, 32, will be facing off against 29-year old Lawrence Blakey (5-9-2) in a super middleweight contest.

Tickets, which start at $30 can be purchased by visiting www.mademenboxing.com.
Posted by Youngstown Boxing at 12:18 PM