Return of The Attack: Zack Page Ready for Ring Return 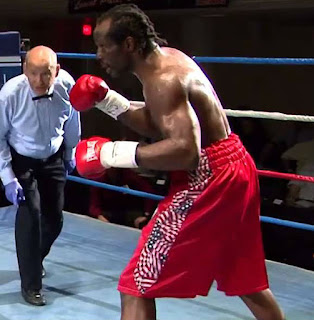 One of the Mahoning Valleys most active fighters in recent years will be making his first appearance in the ring since November of 2014.

Warren native Zack Page will be traveling to Lagos, the largest city in Nigeria and the whole African continent for a match on April 7th at the Eko Hotel Convention Center.

Page, 44, who had a string of fighting 12-consecutive unbeaten fighters including former heavyweight king Tyson Fury between 2010 and 2012 will be looking for respect when he steps into the ring against Eugen Buchmueller of Germany in a heavyweight bout.

"I feel a little bit disrespected so I'm going over there to handle business," said Page who trains at Downtown Boxing Club in Youngstown of his upcoming bout.  "I got a call and was supposed to fight Emmanuel Nwodo but for some reason, he chickened out of the fight so now I'm fighting some guy named Eugen [Buchmueller] from Germany".

Though Page, a veteran of 68 professional bouts, has not been victorias since 2010 when he demolished the man best known for sending Mike Tyson into retirement, Kevin McBride, he is confident of his upcoming bout but also not shy in bringing up what he did years ago against McBride.

"He came in about 70 pounds heavier than I was but to me he was slow." Page said of his bout with McBride.  "He didn't have the speed and I was all over him.  I wish I would have knocked him out".

For a man who has traveled the world, his victory over McBride isn't the only highlight of his career.

"I spent time in Austria with the Klitschko brothers, that was great.  That hotel I could have lived in" said Page of his travels around the world.  "Asia, they treated me like a king and were very polite".

I will post any updates I find on various boxing websites and media publications concerning the fight and events leading up to the fight.


Posted by Youngstown Boxing at 5:03 AM