From the Gridiron to Between the Ropes: Amateur Owens Ready for First Hometown Fight 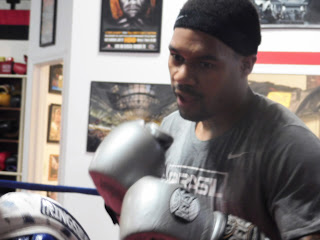 Football and boxing are two sports that involve plenty of contact for those participating.

The similarities between the two sports don't go much further than that and former Hubbard High School quarterback turned amateur boxer Ashton Owens will be the first to tell you that.

"I go from 11 on the field to one in the ring," Owens said when discussing the differnce of controlling a huddle compared to entering a boxing ring.  "All that energy I put into other people I put into myself but when we got other guys around in the gym I'm constantly motivating them".

The one aspect that Owens has carried over from the football field is the switch that flips when the bright lights come on.

"It's one thing to get in the gym and you put all the groundwork in and you run and you talk to the trainers but come fight night and the lights come on it's time to shine and put everything you have on display".

And shining when the lights come on is what Owens, who trains at Southside Boxing Club with trainer Vinny O'Neill, has done so far.

Owens, 24, is currently 2-0 in his young amateur career fighting at the 178-pound weight limit with both his victories coming out of the Youngstown area having won his debut by decision in October in Toronto, OH and scoring another decision victory his last time out in Cleveland earlier this month.

This upcoming Saturday, Owens will finally get a chance to shine in front of his family and friends as he will be fighting at Palermo Center in Campbell as part of the of the Southside Boxing Club Pro-Am. 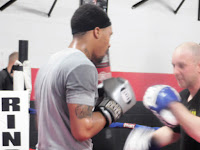 As if putting his skills on display in front of his family and friends is not enough, sharing the spotlight with Youngstown professional Alejandro Popo Salinas who will be fighting in the main event adds to the excitement for Owens.

"Fighting with Popo with a blessing.  When I first started that is who I ran with, who I trained with and he showed me the ropes and is a real brother to me", Owens said of Salinas.  "He's around the same age as me so I got to relate to someone from the same city, from the same side of town and we just connected".

Posted by Youngstown Boxing at 7:07 PM